Under VM Settings --> Option Tab --> General Options –> Guest Operating System, Red Hat Enterprise Linux 5 (32-bit) is selected.  However, the installed OS is actually RHEL5 64-bit.  Under VM Hardware version 4, this combination was not possible as RHEL would detect that the processor was not 64-bit capable probably because of masking.  Not that I care all that much since it seems to work fine, but what would this be considered?  A feature or a bug?  Only reason I noticed was because our Linux admins were wondering why in a set of 6 VM’s running 32-bit, this one was running a 64-bit version…

Answer: Because someone on their end screwed up and installed the wrong version, can’t completely blame them though since in version 4 they would have been denied. 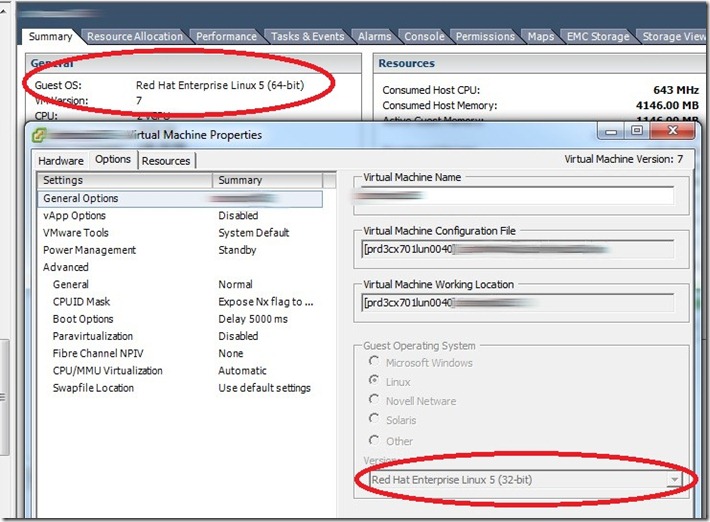 Andrew Cohen said…
I think I've seen an explanation of this behavior. I'll have to look for it. My recollection is that the Guest OS selection is really only used to suggest default parameters (like disk size) and to enable the correct Easy Install actions. Otherwise, it's just a reference field.
May 13, 2010 at 6:37 PM