November 21, 2014
If you haven't downloaded geektool for the Mac, I would definitely recommend doing so for the 'tinkerers' out there.  I first saw it on LifeHacker and have been somewhat infatuated with it.  Here is what one of my mac's looks like:

Since the bash command line outputs can be downloaded as geeklets and are relatively easy, I'm going to focus on how to setup the GeekWeather2 geeklet.  In addition to setting that up, I'll also show you how I was able to get it to update the image based on my current location rather than statically set Longitude, Latitude parameters.  (Geeklet is simply another term for a widget specific to geektool.)  Continue through to the page break to learn more. 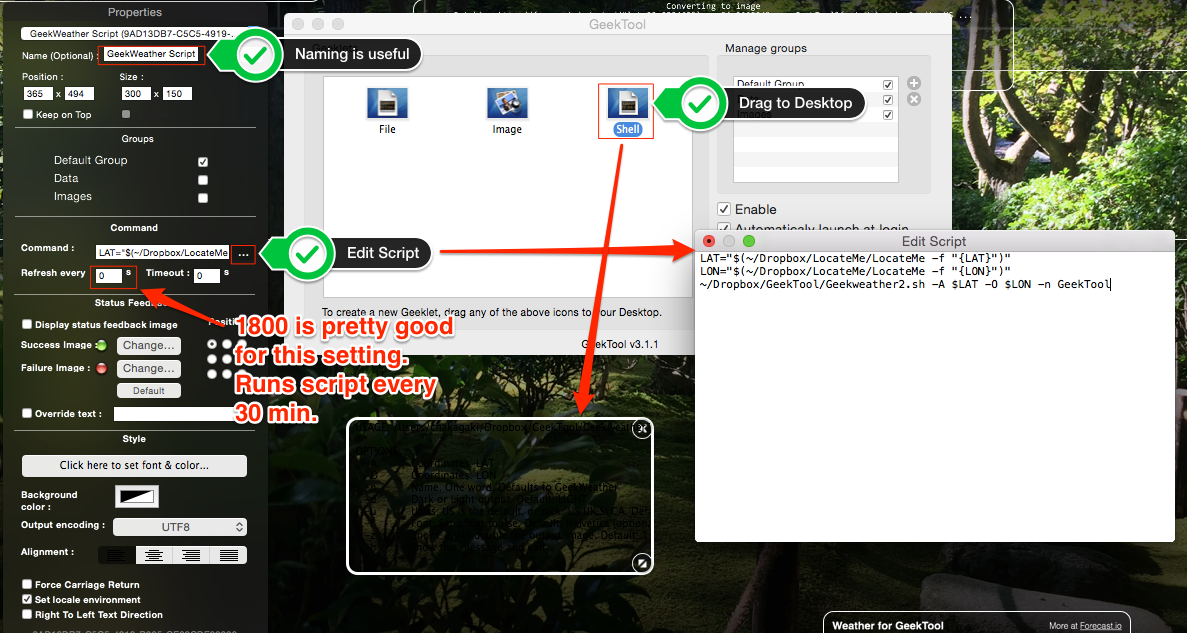 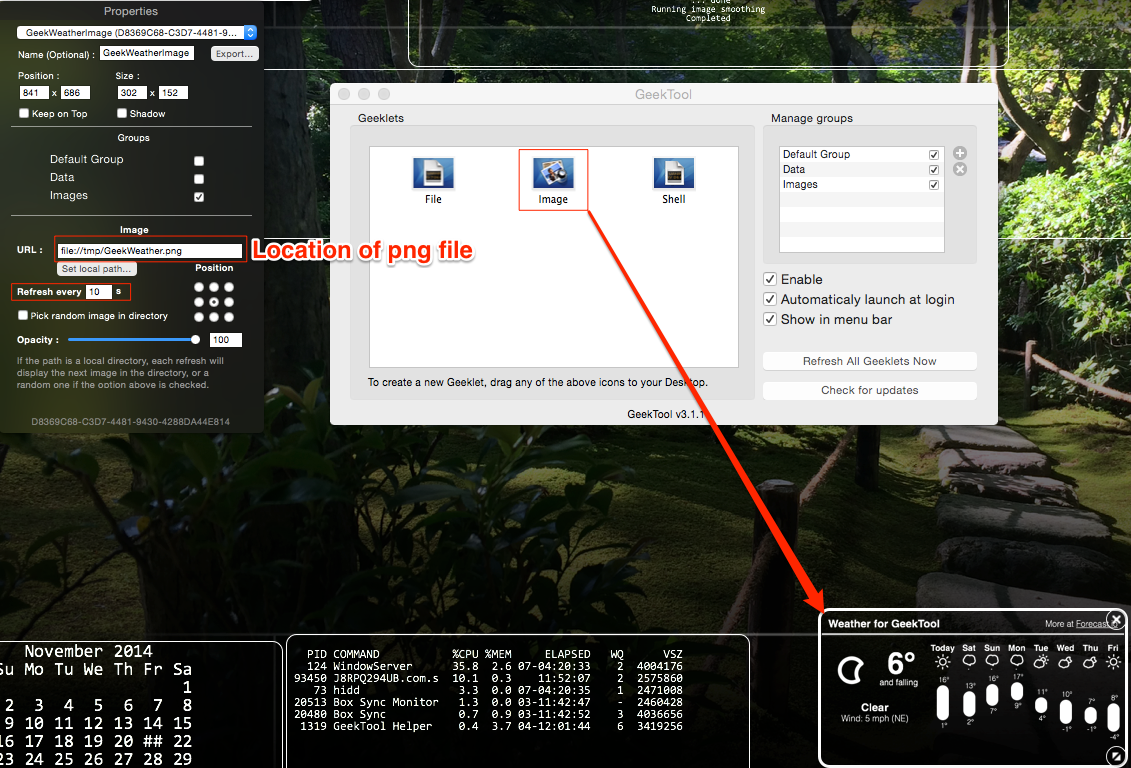 That's it, you should have a nice little geeklet on your desktop that you can be proud of.  \(^o^)/

Now the only thing left to do is figure out a way to get city/state info out of LocateMe.  It's going to require adding some additional functionality, but seems possible w/ the CoreLocation.Framework.  The fun just never ends!